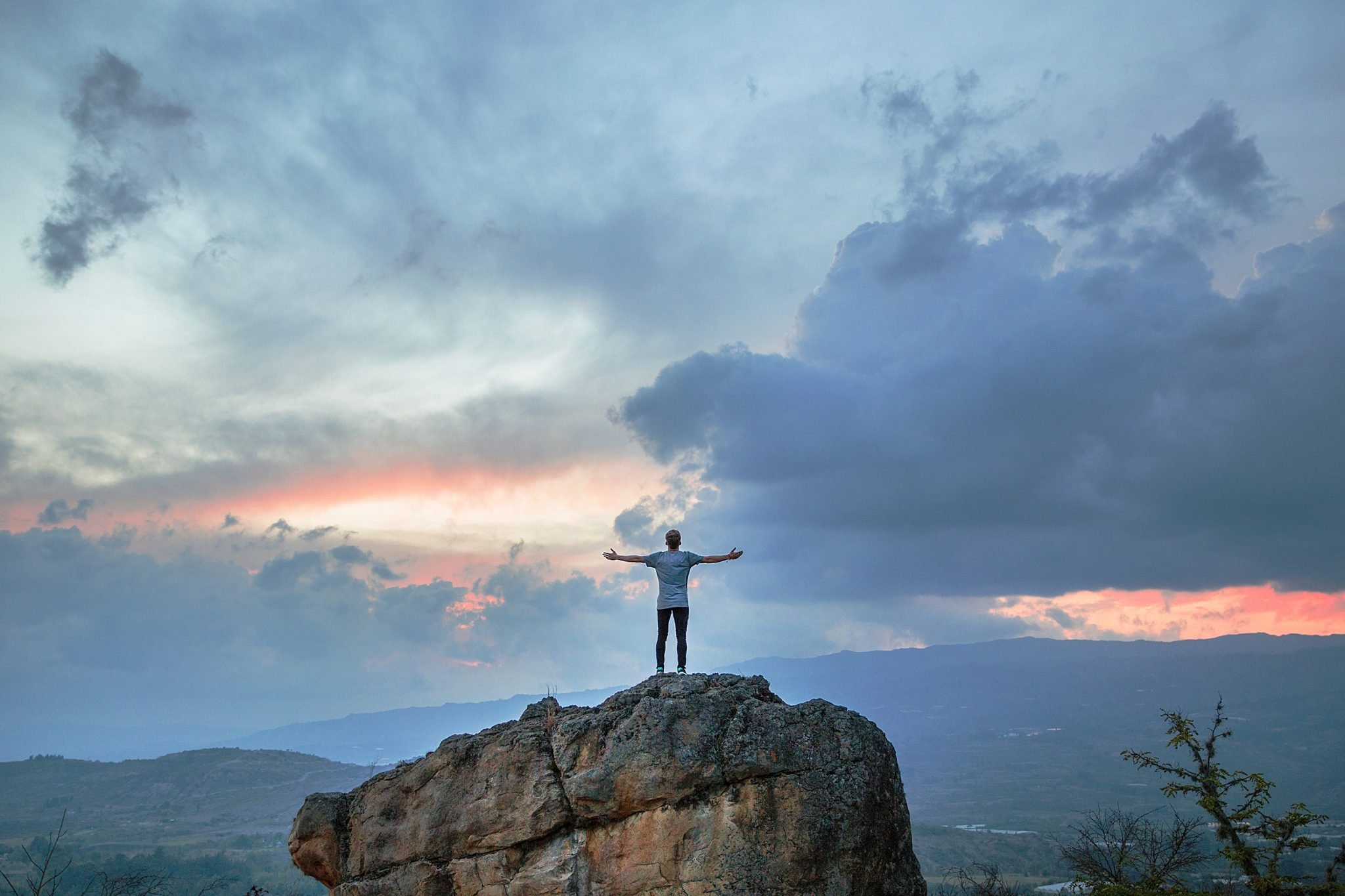 Stanley F. Jackowski was born in Danville, Illinois January 11, 1961. The Jackowski family started & operated several small businesses within Vermilion County beginning in 1929 with a photo engravings company. He graduated from Danville High School in 1979 receiving a collegiate swimming scholarship from a big ten university. Stanley came to know Jesus Christ at a young age after talking with a street minister in downtown Danville and a prayer of salvation in a Baptist Sunday School Class. The voice of God spoke to Stanley who was lost in a cornfield at the age of 19 calling him to the ministry through a supernatural encounter. The affirmation of the healing anointing began after an encounter one afternoon, when the Holy Spirit strongly impressed upon him to begin ministering to the sick. That particular evening in the summer of 1980, his Uncle received healing from a significant growth whom his doctor was concerned. Stanley and his family laid a prayer cloth on the growth in the name of Jesus, praying for healing. In weeks the growth disappeared with his Uncle’s doctor confirming this to be a miracle.

In 1986, Stanley traveled as a licensed evangelist from The Rock Church and ordained in full-time ministry through Rhema Ministerial Association International in 1988. Stanley and his wife Rebecca founded Truth Family Ministries, Inc., AKA Stan Jackowski Ministries. This not-for-profit organization, located in Danville, Illinois, was formed with the sole purpose of taking the Gospel message to the world through preaching, writing, publishing, media outreach, ministering healing, and flowing in the power of the Holy Spirit. Stanley’s first booklet printed on an A.B Dick 360 Press called, “The Salvation Experience.” From 1986 -1990, the traveling ministry placed them under the Gospel Tent. The Ministry held city-wide evangelistic crusades in several cities in the U.S.A., marching crosses as a commencement for each crusade, preaching in prisons, teaching evangelism seminars, and ministering in local churches. Stanley and his wife Rebecca have appeared and hosted many television programs, which include T.B.N., LeSEA, and Count To Four. The organization efforts in reaching out to troubled areas had a significant impact on the news media. In fact, in Miami, Florida, after one such tent crusade, a Drug and Rehabilitation Center was started next to the tent site.

From 1991 -1996, the ministry helped start churches in downtown Danville and Crescent City, Illinois. In 1990, Truth Family Ministries ordained a pastor at Truth Bible Church in Crescent City. Before pastoring the work in Danville, Stanley was the Evangelistic Director for Harvest Church in Champaign Urbana, Illinois. Stanley & Rebecca were founders of Grace of Life Church in Danville, Illinois. The ministry purchased 23.6 acres of land, constructed church facility, and established Grace of Life Child Care Center. The purchase of the property was debt free within less than one year. Stanley pastored the church in Danville for 5 1/2 years releasing his second and third publication “Life in the Bible” and in July of 1995, “Vision, Journey Into The Realm of The Spirit.” He also wrote several teaching manuals; Nine Spiritual Gifts, Faith life, Divine Healing, and Word Groups/Understanding Cells. In January 1997 the Jackowski’s moved to Tulsa, Oklahoma for Stanley to research and work on his fourth book on the topic of Divine Healing. He had an office in the CityPlex across from Oral Roberts University working with CityPlex Digital Press.

From 1997 -1999 Stanley traveled as an itinerant through Rhema Ministerial Association International in Broken Arrow, Ok. THE MANDATE, Evangelism Training System was published by Zoe Publishing in 1997 in module format. The Jackowski Family traveled to several churches training believers on how to evangelize their cities. They worked the area with setting up several tents for, “Soul Saving Invasion.” Stanley certified over 60 students in Mandate training, teaching at T.B.N. studios Miami, Florida. The Mandate Seminar at Theos’s Family Church was scheduled for three days of teaching, and the Pastors extended the meetings for several weeks of revival.

From 2000 to present Stanley has actively been writing Bible curriculum focused toward equipping the work of the ministry and allowing the Holy Spirit to refine the ministry. In 2000 Stanley became an administrator for the Jackowski family businesses. In 2004 he became campus director and instructor for Life Christian University in Champaign, Illinois. Stanley emphasizes the greatness of family, community, and the local church. He continues ministering in a variety of churches, instructing through The Mandate Project, and bringing encouragement to pastors and leaders. Stanley has ministered in Nigeria, Africa and Christ For The Nations, Montego Bay, Jamaica. He is a lifetime member of The Rock Church and an intricate part for training and team ministry. Although the pulpit ministry continues taking him into beautiful places around the United States, he has a passion for mentoring, prayer, and the Word. The ministry has several websites, creates websites for other ministries, and publishes faith materials through Zoe Publishing. Stanley Jackowski is an alumni member of R.M.A.I. Stanley holds a bachelor’s degree in theology. 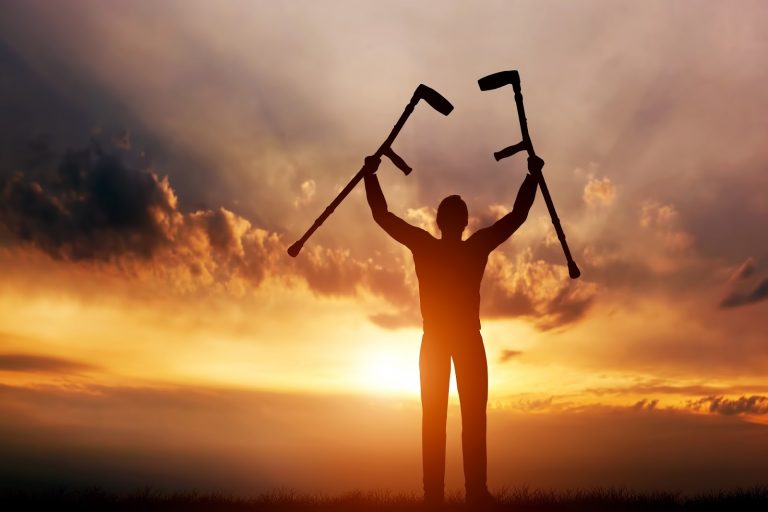 The Mandate course is aimed at anyone who wants to learn about Mark16:14-20. This will instruct the believer on their position in Christ Jesus and how they can do exactly what HE commanding prior to his ascension to being seated at the right hand of the Father. The Mandate covers the principles from what Jesus…

This site uses Akismet to reduce spam. Learn how your comment data is processed.

ley & Rebecca Jackowski are founders of Truth Family Ministries, Inc. Aka Stan Jackowski Ministries. The mission of TFM is reaching the world and empowering the Church.